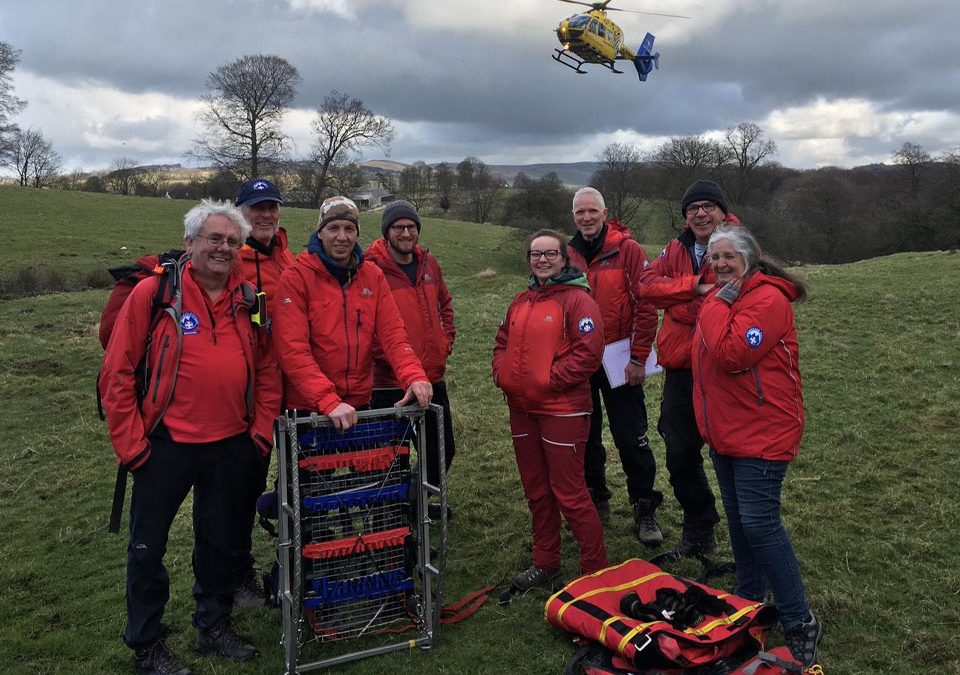 Early this afternoon (2/3/2020) the team were called out to a walker who slipped on a muddy footpath near the River Calder. In doing so they had injured their leg, thus unable to move from where they had fallen.

A message was sent to locate the injured walker using SARLOC, which gives us the GPS location of a casualty and enables us to respond efficiently.

The team responded in two 4×4 off road vehicles as well as other team members heading directly to the scene near Bowley Scout Camp. Shortly followed by additional support from Bolton Mountain Rescue Team (Thanks guys!)

The casualty was treated by two of our team and provided with some shelter whilst North West Air Ambulance was also called to assist in transporting the patient.

They were then moved onto a stretcher and carried the short distance to the air ambulance for his journey on to hospital. Wishing them a speedy recovery.