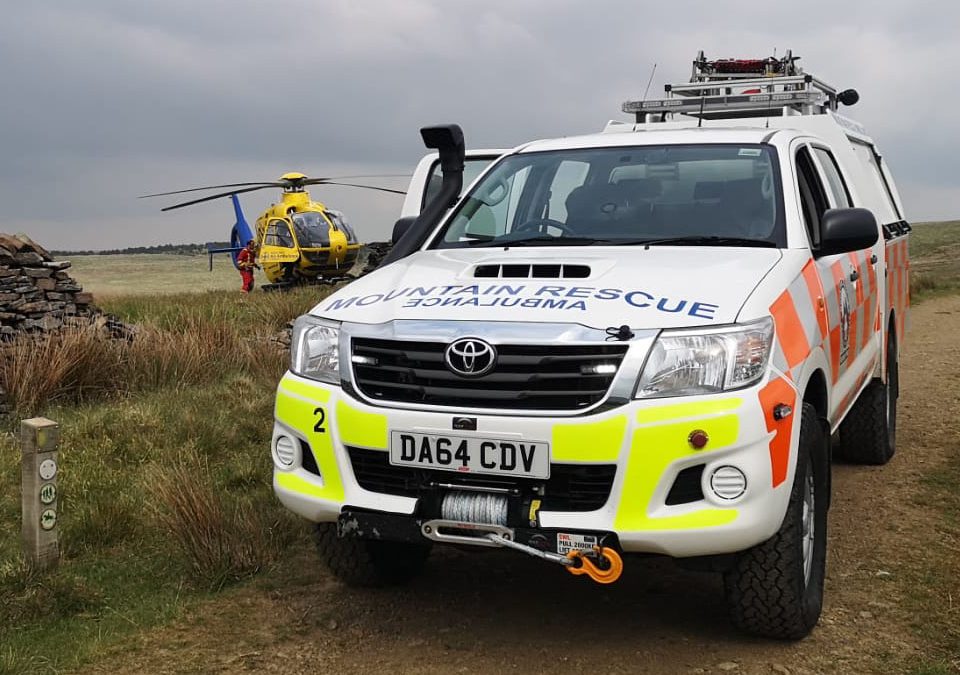 Fallen Horse Rider, near Crown Point, Burnley. At approximately 16:30 the team were called towards Crown Point / Clowbridge Reservoir to a casualty who had fallen from a horse and suffered a lower leg injury. North West Air Ambulance were first on scene and dealt with the casualty whilst team members stood by to assist if required. It was agreed they would fly the casualty to hospital which saved a long carry off by the team.

Unconscious casualty, near the Halo, Haslingden. Just after 19:30 a full team call out was issued to assist an unconscious casualty. Upon arriving on scene with NWAS crew, details were obtained that they were in the woods on Cribden Hill. A couple of team members went forwards to send back accurate location and assess access. Team members then made their way to the casualty location whilst NWAS crew dealt with the casualty. The team worked out the best extraction route through the woodland before carrying the casualty down on a stretcher and transporting them to the awaiting ambulance. The team’s vehicle returned to base at 21:45.